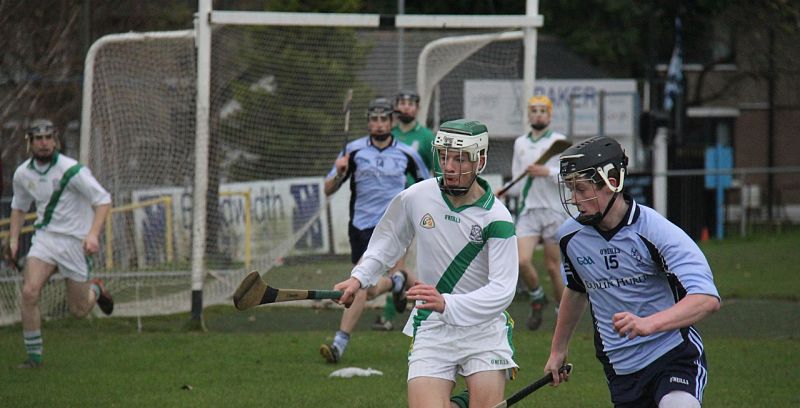 The average American would watch a hurling match unfold with awe and confusion. The display would be something of a mix of soccer, hockey, football, rugby and lacrosse. One might think that the sport was a borrower, taking elements from many different games and creating something new, strange, fast-moving and full of action. Hurling, however, has been an important part of the Irish community for centuries.

Hurling can trace its roots far back into prehistory, nearly 3000 years ago or more, when the Celtic tribes were first settling in what would be know as Ireland. The game was of course quite unorganized and chaotic in those early years. There would sometimes be hundreds of players on the field. Injuries were common, the game was fast and brutal, and hurling quickly became synonymous with the warrior spirit of the Celts.

The “Golden Age of Hurling” began in the 17th century, when the Irish nobility gained an increased interest in the sport. Matches became more organized and clubs were sponsored by the wealthy aristocracy. By the turn of the 20th century, the sport was organized and codified by the Gaelic Athletic Association. Inter-county matches and national championships became annual traditions. Even with such growing popularity, hurling never quite expanded beyond the green isle, enjoying only a moderate following in other nations.

Hurleys and Sliotars: Elements of the Game

The game is played with a stick called a hurley, and a ball called a sliotar. The field, known as a pitch, is roughly 90 meters wide by 145 meters long, with a goal at the center of each end of the pitch. The goal has a distinct “H” shape, and a net is tied up under the crossbar. The aim of hurley is to score by launching the sliotar either under the cross bar and into the net for a “goal,” or over the crossbar for a point. Goals are equivalent to three points, and if a final score read Cork 3-4, Kilkenny 0-11, it would translate into “Cork, three goals to four points, Kilkenny eleven points.” Cork would be the winner with an equivolent of thirteen points.

The teams consist of fifteen players, known as hurlers, with a goalkeeper and fourteen fielders spread across the pitch. Play begins by a referee dropping the ball in between the four hurlers situated at the center of the pitch, in a way similar to hockey. After a side has scored, the opposing goalkeeper gets a free “puckout,” launching the sliotar down the length of the pitch. Matches are typically 70 minutes long, with each half lasting 35 minutes.

There are many technical fouls in the game of hurling. Hurlers are allowed to carry the ball in their hand, but must release it before taking four steps. Transferring the ball from one hand to another is also considered a foul. Throwing the ball is not allowed; the ball must be slapped, or “hand-passed” with the palm. If the ball enters the square around the goalkeeper, and an opposing player is already within the square, a “square ball” is called.

Penalties also exist in the game, and there are precise rules for the way contact between players is regulated. Shoulder checking, pushing and tripping is forbidden. Tackling is allowed in specific ways, with three tackling techniques know as the block, the hook and the side pull. The block involves a player attempting to trap the opponents hurley with his own. To hook is to catch an opponents hurley during a back swing. Side pulls involve shoulder collisions in an attempt to win control over the ball.

The game is called by a referee, who is in charge of calling fouls and penalties. There are also seven other officials on the field, who are involved in specifics such as timekeeping, tracking substitutions, and determining the points of balls running out of bounds.

Though hurling is wildly successful in Ireland, it has enjoyed only minimal success in other nations. Scotland already has a similar sport known as shinty. England has fielded many hurling teams, but only the premier London club has enjoyed any success. The game has been exported to many nations due to the heavy Irish immigration movements in the 19th and 20th centuries.

In the United States, hurling has been played to various degrees at the local level. Recently, some cities have seen the popularity of hurling increase, most notably in St. Louis, Missouri. There are several small leagues across the United States that participate in hurling, and most of their participants are actually not of Irish decent.

Putting It All Together

Hurling is a game deeply rooted in tradition, and speaks of the importance athleticism plays in the Irish community. The players wear no names on their uniform, and wear numbers according to their specific role on the team. There is a sense of anonymity and autonomy in the game that is unparalleled in other sports. Compared to other games of the British Isles, most notably cricket, hurling might in fact be the easiest to understand. The impact of football and rugby, the speed of soccer, and the precision of lacrosse make hurling accessible to anyone looking to broaden their horizons.